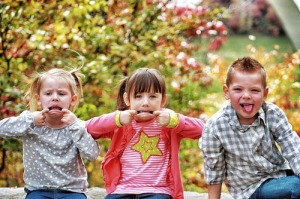 Big Sister has a joke problem.  She’s not good at them.  The set-up the delivery, they are rarely funny.  This one, however, was well played.

Big Sister: What does partly mean?

Big Sister: but what does it meeeaaaan. i wish you could hear inflection in script, this attempt was the best I could do.

Big Sister: Ohhhh.  Thinking about it.

Big Sister:  Like in the morning before you’ve had your coffee… your eyes are partly awake?

Big Sister:  And then in the night, after my bath, I’m partly naked when I’m just wearing a towel?

Big Sister:  And after I’ve had dinner but before dessert, I’m still partly hungry?

Me:  I think you’ve figured it out.

Big Sister:   Or when I’ve done something bad but it’s a little bit funny, you are partly mad and party laughing?

Me:  Yes, like that, but you know it’s still bad even if it’s a little funny bad.  Right?

Big Sister: stares at my blankly.

Big Sister: Can i tell you a joke?

Me: Sure… curious as to how this relates

Big Sister:  Don’t worry, it will be partly funny.

I really don’t remember the joke.  I remember dying inside as I imagine this child as a teenager!  Wish me luck friends, it will be a wild ride!

Tell us what you think... Cancel reply